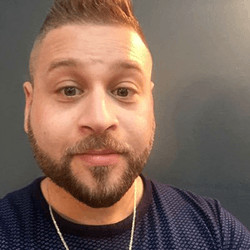 He was 16 when he started getting the marketing bug.

Then a company approached him and wanted him to interview.

It seemed secretive and unusual.

Curious, he took the interview and found something surprising.

With their 70,000,000 website visits and offering him a great budget and creative freedom…

they wanted to integrate into the mainstream.

Almost immediately he attended the adult industry’s version of the Academy Awards.

Jump in and listen to what is one of the most intriguing interviews I’ve (David) ever been privy to.

His answers may surprise you.

The way you look at the industry may change.

Either way, you’ll leave this interview with some fresh ideas…

David Allan: Hey everybody, I’m David Allan coming at you from Boulder, Colorado. We have an interesting entrepreneur on the show today who was recommended to me by another guest, Matt Yanofsky, how are you?

Matt Yanofsky: Yes sir, I am doing well how are you?

David Allan: I am fantastic. I’m up in the mountains, the air is nice, the weather is fantastic and the day ahead of me today will be tubing the rapids apparently.

Matt Yanofsky: Alright. Similar type scenario to where I am located in Montreal, Canada and we have our mountains close by as well. Weather is pretty good but if you call me in six months I will definitely be complaining about the cold.

David Allan: Well, I’m from Winnipeg, Manitoba so I know all about freezing cold weather – which is part of the reason I’m here now.

Matt Yanofsky: My dad actually used to own a business in Winnipeg on Jarvis street.

David Allan: Get out of here! That’s awesome.

Matt Yanofsky: There ya go. There’s a Winnipeg connection and I went to a Blue Bombers game once.

David Allan: Sorry to hear that (laughing). Hopefully, it was in the 80’s.

Matt Yanofsky: No, I’m not that old, unfortunately.

David Allan: Alright, let’s just dive right in and what we normally like to do I start with your superhero origin story. Now you were referred by Brian Swichkow…

Matt Yanofsky: Sorry to cut you off but it’s always interesting to me when someone gets in touch with me depending on who they’ve been referred by…I can only imagine what experience they told you about or who my connections are and what I’m into and the way you’re laughing I have a feeling I know where this is going but go ahead…

David Allan: Brian…he didn’t really give me too many of the details because I think he wanted us to explore what you’re into. But, basically, he said you were into some very interesting work in some interesting markets so maybe give us the backstory on how you became an entrepreneur and where you started and lead us up to where you are today.