Persuasive Copywriting: How To Write Words That Make People Do Stuff 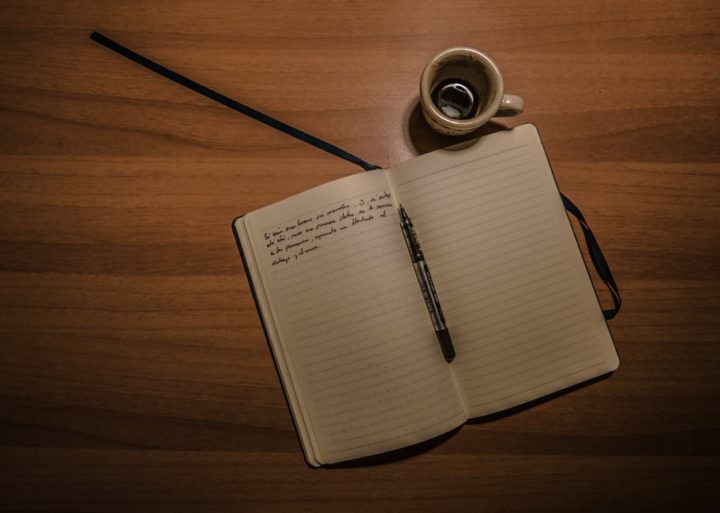 Persuasive Copywriting: The Unfair Advantage that You Probably Already Have to Making Sales

Here’s an example of what persuasive copywriting does NOT look like:

It was after stumbling through this sentence, more than a decade ago, that I was presented what became a massively unfair advantage when starting my business.

(Related: How To Become A Copywriter With NO Experience)

I was a 26 year old, three time college dropout, with no skills other than dog training, a baby at home, and no good way to take care of my wife and child.

I was working a dead end graveyard job but I decided that couldn’t last. So I started a dog training company.

I had figured out a way to put $10 a month to online hosting for a website and that was literally the extent of what I could invest into my business without taking food out of the mouth of my kid.

I needed an advantage if I was going to get this business up and going.

I found it during the month of April.

Did you know that April is ‘National Prevention of Cruelty of Animals Month’?

Yeah, neither did I.

But I saw an article about it and said to myself that I needed to build a story on that.

There was a local morning show that was very popular. The hosts were funny and they were all animal lovers and frequently talked about their pets on the air.

I loved listening to them so I figured I should be on their show.

And that brings me to my stumbling, bumbling, fumbling sentence I started out with.

I called the station to alert them to the fact that it was a special month and, wouldn’t it be cool to have a dog trainer come on and talk about dog training?

Only, I never expected that anyone would answer the phone. I hadn’t rehearsed anything.

So there I was talking to one of the actual hosts of the show. I was trying to convince her in my halting cadence that I should be on the show.

Wouldn’t you know it, my foot in the mouth routine didn’t deter her. They booked me to come on the show!

That moment kicked off a several year span where I came on the air every Tuesday for a half hour to an hour.

Had I paid for that exposure it would have cost me tens of thousands of dollars.

But it was my unfair advantage. I used that exposure to catapult my business to a 6 figure first year all the way to now being a 7 figure dog training business.

In fact, at the time of this writing I just went on the show again last week after a several year hiatus. We’ve sold five figures worth of our services as a result of that one appearance.

How would you like an unfair advantage in your marketplace?

An advantage that ONLY YOU get, none of your competitors can have, and you can use it forever to create sales?

The good news is that you probably already have it.

No, I’m not talking about getting on the radio. Although you can surely do that with what I’m going to share with you.

(Related: What Is Copywriting?)

“Those who do not have the power over the story that dominates their lives, the power to retell it, rethink it, deconstruct it, joke about it, and change it as times change, truly are powerless, because they cannot think new thoughts.”

In high school I read a study that stuck with me until this day.

The study examined whether their ability to communicate affected their career trajectory. Those who did the study were very surprised. They initially believed that because these people were in highly technical fields that technical prowess and proficiency would rule the day.

In fact, the study found that technical prowess… how well they actually did their job…had almost nothing to do with their career success.

No, it was their ability to communicate with peers, clients, the public, etc. that spelled the difference between success and failure.

And like Rushdie said, it’s our ability to communicate with stories that allows us to think new thoughts. And to be powerful.

And that, folks, is the definition of persuasive copywriting.

I’m reminded of Gary Halbert’s The Boron Letters, a classic example of storytelling in action and persuasive copywriting.

While there is no way for me to create an exhaustive list, allow me to give you some ideas of how stories can be woven into your copywriting in order to give them power and persuasion:

But they will read stories about your life. And they’ll connect with you. And then you can simply make soft offer after soft offer once you’ve trained them to open up those emails to hear more about you and your story.

Whatever it is, your product or service has an origin story.

And your consumers WANT to know it. Many of them NEED to know it if they’re going to open their wallet.

And if you give it to them in story form, rather than sterile corporate-speak, they’ll love you for it.

Get some STORIES on those! Now! Get a testimonial (your customer telling a story), get an origin story, get a humorous anecdote…I don’t care! Just get something interesting on there. Nothing is more boring and more quickly trashed than printed material that is a snooze fest.

Bringing stories into the verbal sales process CREATES a company culture. It helps your staff adopt and own YOUR story when they are re-telling your stories and using them to make them money.

The ideas are endless.

And the best part is that you get an unfair advantage from all of this persuasive copywriting using stories.

No one else on earth has your stories. No one else can connect them to what you do, to the problems you solve. No one can take them away from you or use them for their own gain.

You don’t want an unfair advantage?

No problem. Keep your communication to your prospects bland, corporate-y, and void of YOUR character. That way your clients will compare your services to your competitors based on price, location, and a bunch of other qualifiers that will make you go broke.

This is a guest post by Ty Brown. Ty tripled his business in two and a half years using stories and persuasive copywriting. Now he speaks, writes,  coaches, and consults with other businesses on how to do the same. Find him at Ty the Speaker.

How To Become A Copywriter In 2022 (With NO Experience Or Portfolio)
What Richard Branson And 30 Amazing Entrepreneurs Taught Me In 7 Days on Necker Island
Drip Review: ‘Lightweight’ Email Automation That Goes Head-To-Head With The Heavyweights
5 Proven Ways To Get More Copywriting Clients In 2022 Than You Can Possibly Handle
Write Killer Headlines In 2 Minutes Without Thinking
How To Write Sales Copy
Why Your Opt-In Plugin Isn’t Working
How To Write Story-Based Emails (that sell stuff like crazy)
The Boron Letters Summary: The Definitive Guide To Gary Halbert’s Masterpiece
Stop Asking People To Opt-In – It’s Hurting Your Conversions