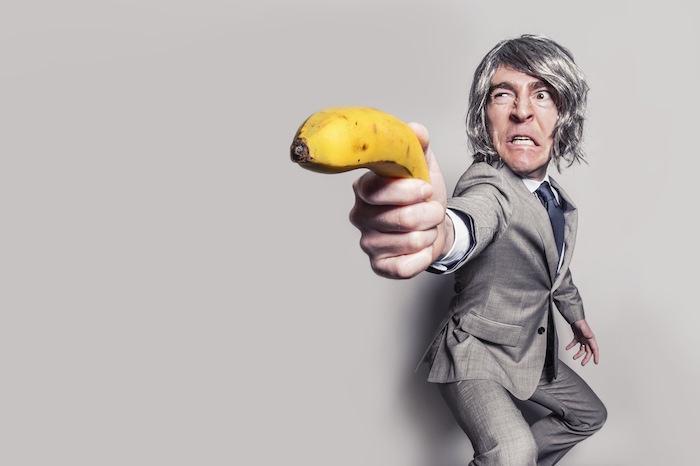 Take a look at that ad to the right. It’s an ad from the 1970s by Ogilvy & Mather. For those of you no idea who that is… David Ogilvy is a famous advertising executive. People like to call him “The Father of Advertising”.

So anyway, Ogilvy knows what he’s talking about.

This ad has a HUGE lesson squeezed in between the lines. Rather than waffle on for a few hundred words first, I’m gonna jump right to the conclusion and then tell you how you can apply it to your business. You ready? Ok… listen up –

That is dangerous advice.

Don’t the pros say “the money is in the list”?

Well, duh… But only if you know what you’re doing. It’s not as simple as just “throwing” an opt-in form up on your blog, which ironically, is what almost everyone seems to do.

You know what? Some of the best marketing and advertising has come out of doing what everyone else is NOT doing. When everyone does something, it loses its effectiveness. But most people do what most people do. In other words, most people are followers, not leaders.

I bet that 99 out of 100 people who read this article don’t do anything with my suggestions.

And I think that’s a good idea, because unless you understand what you’re doing, this tactic will backfire big-time.

Let’s go back a few steps. Back to the ad by Ogilvy & Mather.

But here’s the interesting thing –

But they do something real sneaky. In ONE sentence (and not one letter more), they say “If you would like an invitation to a special presentation describing this marketing model in detail, please write to…”. Now, some people might call that “asking for action” but I beg to differ… Look at the wording –

You’ve got 1000 words of genius advertising advice and one measly sentence giving you the option to learn more.

Smart. Real smart. What did Ogilvy & Mather do?

Here’s what I can do – period.

They used the ad to give people great advice on how to launch new products. The closest they get to promotion is this –

“Ogilvy & Mather has helped to launch 73 new products. Forty-five are now established brands – double the usual rate of success. This experience has taught us certain principles. If you observe these principles when you introduce a new product, you will increase your chance of success.”

Aside from that, they barely mention themselves in the ad. They simply use their experience to talk about principles ANYONE can use. In the process, they SCREAM authority between the lines… kinda like the coolest guy at the party who never talks about how cool he is, but everyone knows it.

What most people do is explain a couple of boring tips. Most people don’t try. Most people are average. They give away a few tips that a 5-minute Google search would find. Then they ask you… no, they TELL you to opt-in to their list or take an action. Almost everyone’s doing it.

It’s like the annoying guy at the party who talks about how cool he is but everyone knows that he’s definitely not cool.

Which guy are you?

The cool guy that never talks about being cool?

Or the annoying guy that tells everyone how cool he is?

Let’s make an action plan outta this. But be warned – this ain’t for everyone. It will only work if you provide INSANE value.

If you suck, or your content sucks, then this WILL NOT work. Stick to telling everyone how great you are while more and more people ignore you…

Here’s the central idea: Be FREAKING AWESOME but don’t bother to ask for their email address.

Did I just tell you not to bother asking for their email address?

STOP ASKING FOR “THE SALE”!

Think about it. Almost all websites online are screaming for your attention. They throw social buttons at you. They put 3 email forms on their website (I’ve done it!). They constantly ask you to “opt-in”, “sign up now” and “tweet this”. They’re trying to be sincere, but all too often, they come across as a whining 3-year-old that can’t cope when it’s not the center of attention.

It’s a pattern interrupt. Think about it.

Every day, people surf the web and they visit sites that are literally plastered with things asking you to take some sort of action. So when someone joins the party and doesn’t ask anyone to take any action… the unconscious thought is along the lines of “who is this guy and why ISN’T he asking for my email address?”

If you have to ask people to opt-in to your list, you’re doing something wrong.

Because if you were cool… like SUPER cool… then I would find a way to get onto your list. This isn’t a new strategy. This is exactly what Ogilvy is doing in the ad above. He’s FORCING you to work for it. He’s pre-screening people by making it HARDER for them to take action. When he finally gets leads, he knows that they actually want to be there. They didn’t just rock up because they received a free coupon. They’re not there for a “free ride”.

Here’s another way to apply this. I’ll be using this strategy on my landing page reviews. Record a video of yourself doing whatever it is you do. And BE FANTASTIC at it. This is where the boys go back to their standard, run-of-the-mill, “tired” marketing techniques and the real men put their battle armour on. Because if you ain’t got some good shit happening, then you’re gonna get slaughtered if you try this.

You MUST be good at what you do.

So anyway. Record a video. SHOW people how great you are. DO NOT tell them you’re great. BE great. Below the video, give people the opportunity to take the next step, whether that’s to sign up to your mailing list or buy something. Make it simple and straightforward, like Obama’s landing page. Don’t make it confusing, but DO NOT hype it up at all. DO NOT tell people to do it and DO NOT give them 5 reasons to sign up. Just be FREAKING AMAZING and provide the means to sign up.

Apply this idea to your next sales letter.  Imagine a sales page with NO buy now buttons… NOTHING but god-like copy and a few text links to the order form. Would it convert? Hmm. I have a hunch that because NO ONE is doing it, it might just work.

This entire blog post could be summed up with two words –

P.S. Check out the Info Marketing Blog to learn more about the ad “How to launch new products”.