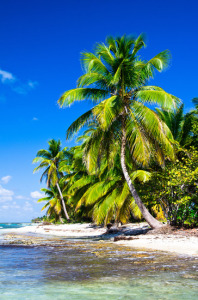 It was roughly a year ago…

I bumped into Michael Smith at a conference.

We chatted about business, marketing… you know, talking ‘shop.’

Michael ended up checking out this site and signed up for the free daily tips.

And didn’t like the daily emails… getting bombarded over and over again with succulent stories that were inevitably followed up by a compelling pitch.

For some interesting reason, he decided to stick around.

Maybe my personality started to shine through the emails… or maybe my email marketing strategies started to work their magic.

But one thing is for sure: When Michael decided to join the dark side and enter McMasters, sales on his affiliate site started to soar!

To the tune of a 3X boost in monthly revenue:

The Key To His Success

He was running a fairly small site, bringing in about $300 per month.

The site’s growth was going alright.

But there was one HUGE problem:

If a visitor hit the landing page and didn’t purchase on the spot… they were lost forever.

This is a common flaw that plagues many businesses.

How do you expect to grow a business if you lose the vast majority of potential sales?

Let’s face it: Most people aren’t ready to purchase on the first ‘touch.’

And that’s where McMasters comes in…

Michael joined right at the start of McMasters… and instantly saw this gaping hole in his marketing funnel.

He decided to jump in head-first and put up an opt-in page before he had even finished the email sequence.

Armed with just a welcome email, Michael opened up the traffic floodgates…

Then day by day he added an extra email to the sequence.

It was ‘do or die’ mode… if he didn’t write the next email, the autoresponder would halt along with sales.

Fortunately, he made it through the first ten days and ended with a powerful email series to fuel his marketing funnel.

At this point, Michael went back to the original opt-in page and reworked it to promote the 10-part email series.

And what followed was nothing short of amazing…

Here’s what Michael noticed after implementing the autoresponder:

2) Massive engagement – People were responding to his emails, giving him lots of feedback to improve his entire business. Michael had a new communication channel to learn about his audience’s innermost problems. That is invaluable information coming straight from the prospect.

And he accomplished this without any tricks… in fact, he followed just a few simple strategies:

After seeing the large improvement in sales, Michael went back and turned it into a 30-day course… then kept adding more emails over time to try and boost his overall conversion rate.

Remember: It actually makes sense to add to the length of the autoresponder series all the time… think of it as keeping the conversation going. First, you build trust and authority. Then you explain the product and offer, and finally push prospects deeper and deeper into the funnel.