Episode #184 - Perry Marshall On How To Become A King (Or Queen) In A Frictionless World. (Bonus Investments Tips From A Billionaire) - Drop Dead Copy 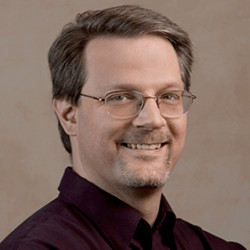 Episode #184 – Perry Marshall On How To Become A King (Or Queen) In A Frictionless World. (Bonus Investments Tips From A Billionaire)

If you listened to Episode #53…

then you already know about Perry Marshall and his book 80/20 Sales & Marketing.

He’s back again, with updates in hand.

Frictionless systems ( a la the Internet) have driven a new paradigm.

Giving the Wal-Marts, Amazons and Googles an even bigger advantage.

2. When they break it’s catastrophic.

Where there is a catastrophy there is one more thing…

We take this world for granted in many ways and often operate in direct opposition to what we should.

So Perry throws in some investing advice he received from a Billionaire.

With a capital B.

This episode will be especially important for freelancers.

and how you could do the very same.

David Allan: Hey, everybody we’re back with another edition of the podcast, I’m David Allan from makewordspay.com – your host as per usual and we have a fantastic guest on the show today who was actually a guest on the show earlier. If you go back to Episode 53 where John interviewed Perry – Perry Marshall, welcome to the show…

Perry Marshall: Hey, it’s great to be on. Great to be on again. I always get along with copywriters. Copywriters are usually interested in lots of stuff. So if you have a beer with copywriters, you’ll probably have 87 different conversations all in less than 90 minutes.

David Allan: It’s so true, it’s so true and we have a large audience as you know, of freelance copywriters but also, of business owners and of course one of the most fantastic books I’ve read about sales and marketing is your book, 8020 Sales & Marketing – and before we started the show, you started talking about, you know, some of the new thoughts and updates you had since the last time you were on the show when the book came out. So that’s where we’re going to jump off today and if people want to hear your origin story they can go back to Episode 53 or whatever it was and listen to that but you have got some exciting new ideas so we’re just going to dive right into the deep end.

Perry Marshall: Yeah, let’s do that. You know

How To Become A Copywriter In 2022 (With NO Experience Or Portfolio)
What Richard Branson And 30 Amazing Entrepreneurs Taught Me In 7 Days on Necker Island
Drip Review: ‘Lightweight’ Email Automation That Goes Head-To-Head With The Heavyweights
5 Proven Ways To Get More Copywriting Clients In 2022 Than You Can Possibly Handle
Write Killer Headlines In 2 Minutes Without Thinking
How To Write Sales Copy
Why Your Opt-In Plugin Isn’t Working
How To Write Story-Based Emails (that sell stuff like crazy)
The Boron Letters Summary: The Definitive Guide To Gary Halbert’s Masterpiece
Stop Asking People To Opt-In – It’s Hurting Your Conversions