Episode #169 – Katya Sarmiento On Automatic Minions! Deploy Your Own Army Of Messenger Bots With Personality, Flair And Wild Success. 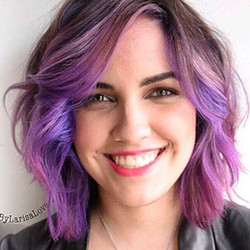 She had suffered from depression and suicidal thoughts for a long time.

To the point of cutting on a daily basis (people had to hide the sharp objects).

She often took refuge in computers…

sneaking down in the middle of the night to use the one in her parents living room.

She found success building websites for her personal trainer and later, others.

When she wanted to level-up, her Grandma gave her $4000 which she plowed into a coaching mentor.

She became familiar with internet marketing and connected right away with another entrepreneur.

Teaming up, they started a bots company.

Have no idea what a bot is or how to use it in your business?

That’s what this week’s episode is all about.

How To Become A Copywriter In 2021 (With NO Experience Or Portfolio)
What Richard Branson And 30 Amazing Entrepreneurs Taught Me In 7 Days on Necker Island
Drip Review: ‘Lightweight’ Email Automation That Goes Head-To-Head With The Heavyweights
Write Killer Headlines In 2 Minutes Without Thinking
How To Write Sales Copy
5 Proven Ways To Get More Copywriting Clients In 2021 Than You Can Possibly Handle
Why Your Opt-In Plugin Isn’t Working
How To Write Story-Based Emails (that sell stuff like crazy)
Stop Asking People To Opt-In – It’s Hurting Your Conversions
Ebooks Suck: Why Offering An Ebook Is A BAD Idea